Ian is a below-knee amputee and a valuable member of the amputee community.

We have two children Paul and Jane. Paul is married to an American girl and they have one child so we’ve got one grandson. Oliver, he is quite amazing he always turns up and says “grandad I’ll take your leg off” so he presses the button and pulls the leg off and the liner and I wiggle my stump at him and say “how many toes are on that foot?”.

In 1998, I had a car accident. I ran into a pole and I was taken by ambulance to the Austin Hospital. I can always remember the chap saying we'll put you in plaster mate and you can go home in the morning. Well, I was there for another three months after that. I had golden staph and so things just went from bad to worse. I had a lot of skin grafts when I was at the Austin and they thought you know they might be able to fix it. This went on for a number of years and in 2002 eventually said yes to a below the knee amputation and I think that was the best thing I've ever done.

The Eastern Ranges is the TAC under-18 football League. I’m what they cal a property steward. I go to training two nights a week and help you know to get the footballs ready for training and drink bottles and fill the ice bath up so they can have an ice bath. It’s good to be mixing with the younger generation, it keeps you young. You must be positive that’s the main thing, you’ve just got to make the most of what you got and get on with life.

Also in this section 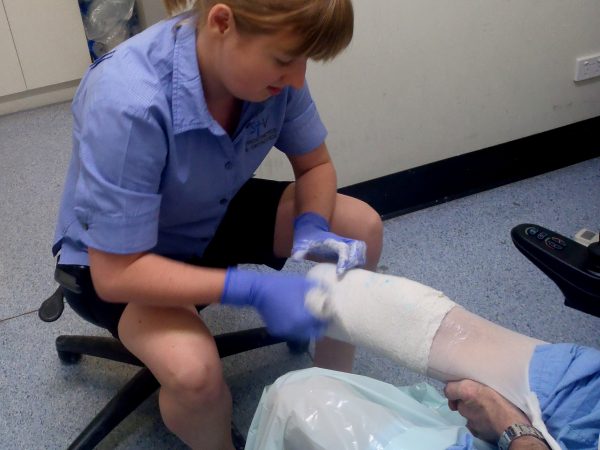